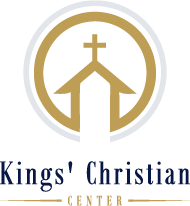 Email Us
Worship with us at 11am on Sundays at Strathcona Community Association -
277 Strathcona Dr. SW

We had a powerfully anointed service this morning right from the pre-service prayer through to the final Amen! The Lord’s Presence was felt by all.

Pastor Manie has been teaching on The Devourer

Be of sober spirit, be on the alert. Your adversary, the devil, prowls around like a roaring lion, seeking someone to devour.

We need to know his tactics, so we can resist, close doors we have opened out of ignorance, stand firm and apply the authority we have in Christ Jesus.

The Armor of God

10 Finally, be strong in the Lord and in the strength of His might. 11 Put on the full armor of God, so that you will be able to stand firm against the schemes of the devil.

What do I mean when I say “close doors we have opened out of ignorance”?

When we don’t understand or know God’s ways or what He calls us to do in His Word, we can open the door for the devil to have influence in our lives, which can affect our thoughts and our actions, which produces a negative impact in all areas of our lives.

26 When angry, do not sin; do not ever let your wrath (your exasperation, your fury or indignation) last until the sun goes down.

27 Leave no [such] room or foothold for the devil [give no opportunity to him].

There is righteous anger that leads to action for justice. But, I’m talking about the anger that comes when you take offense to someone’s hurtful behaviour and it festers and grows in your mind and your spirit. You rehearse what you would like to say to them over and over and before long, you become bitter and resentful. You have opened the door and the enemy has won. He has stolen your peace and your joy, and has likely caused a rift between you and that spouse or neighbour or fellow employee who has hurt you. It can set you against everyone around you, and prevent you from forgiving that person. It also can lead to chronic illness, stress, hypertension, heart disease, and even cancer. Most devastating of all, it can shut the Holy Spirit out of your life.

Don’t allow bitterness to take root in your life. Come to a place of forgiveness. Forgiving someone who has hurt you isn’t condoning their behaviour, it is freeing you from the hurt and the negative results of unforgiveness. AND more importantly, it prevents the devil from devouring you.

A Call to Listen to God

14 Work at living in peace with everyone, and work at living a holy life, for those who are not holy will not see the Lord. 15 Look after each other so that none of you fails to receive the grace of God. Watch out that no poisonous root of bitterness grows up to trouble you, corrupting many. 16 Make sure that no one is immoral or godless like Esau, who traded his birthright as the firstborn son for a single meal.

The enemy is out to destroy us, physically, mentally, emotionally and spiritually. So be on guard and learn how to protect yourself.

1. Read the Word. Know what God requires of you to live a healthy, protected life from the enemy. Listen to the Lord, trust and obey His direction.

6 Children, obey your parents in the Lord, for this is right. 2 Honor your father and mother (which is the first commandment with a promise), 3 so that it may be well with you, and that you may live long on the earth.

4 Fathers, do not provoke your children to anger, but bring them up in the discipline and instruction of the Lord.

5 Slaves, (employees) be obedient to those who are your [a]masters according to the flesh, with fear and trembling, in the sincerity of your heart, as to Christ; 6 not [b]by way of eyeservice, as men-pleasers, but as slaves of Christ, doing the will of God from the [c]heart. 7 With good will [d]render service, as to the Lord, and not to men, 8 knowing that whatever good thing each one does, this he will receive back from the Lord, whether slave or free.

9 And masters, (employers) do the same things to them, and give up threatening, knowing that both their Master and yours is in heaven, and there is no partiality with Him.

The Armor of God

The enemy deceived Eve through her sight.

The enemy paints a false picture for us to see. He shows us what we want to see and then we go for it. If we walk by faith, we inquire of the Lord to see if this is His will for us, we listen and obey. Our flesh battles with our spirit to get its own way and we often give into the flesh or the world’s way rather than God’s way. God always knows what is best for us and sometimes we learn the hard way by not listening and doing things our way.

Read all of Psalm 81. This applies to us too.

“O Israel, if you would only listen! … Oh, that Israel would follow m e, walking in my paths! How quickly I would then subdue their enemies!”

3 [a]You foolish Galatians, who has bewitched you, before whose eyes Jesus Christ was publicly portrayed as crucified? 2 This is the only thing I want to find out from you: did you receive the Spirit by the works of [b]the Law, or by [c]hearing with faith? 3 Are you so foolish? Having begun [d]by the Spirit, are you now [e]being perfected by the flesh?

Read all of Romans 8 and see how you can be delivered from bondage. Follow the Spirit and not the flesh. Live by faith and not by sight.

The Triumphs of Faith

11 Now faith is the [a]assurance of things [b]hoped for, the [c]conviction of things not seen. 2 For by it the men of old [d]gained approval.

3 By faith we understand that the [e]worlds were prepared by the word of God, so that what is seen was not made out of things which are visible. 4 By faith Abel offered to God a better sacrifice than Cain, through which he obtained the testimony that he was righteous, God testifying [f]about his gifts, and through [g]faith, though he is dead, he still speaks. 5 By faith Enoch was taken up so that he would not see death; and he was not found because God took him up; for he obtained the witness that before his being taken up he was pleasing to God. 6 And without faith it is impossible to please Him, for he who comes to God must believe that He is and that He is a rewarder of those who seek Him.

16 For all that is in the world, the lust of the flesh and the lust of the eyes and the boastful pride of life, is not from the Father, but is from the world. 17 The world is passing away, and also its lusts; but the one who does the will of God lives forever.

20 I have been crucified with Christ; and it is no longer I who live, but Christ lives in me; and [c]the life which I now live in the flesh I live by faith in the Son of God, who loved me and gave Himself up for me.

25 And in the [a]fourth watch of the night He came to them, walking on the sea. 26 When the disciples saw Him walking on the sea, they were terrified, and said, “It is a ghost!” And they cried out [b]in fear. 27 But immediately Jesus spoke to them, saying, “Take courage, it is I; do not be afraid.”

28 Peter said to Him, “Lord, if it is You, command me to come to You on the water.” 29 And He said, “Come!” And Peter got out of the boat, and walked on the water and came toward Jesus. 30 But seeing the wind, he became frightened, and beginning to sink, he cried out, “Lord, save me!” 31 Immediately Jesus stretched out His hand and took hold of him, and *said to him, “You of little faith, why did you doubt?” 32 When they got into the boat, the wind stopped. 33 And those who were in the boat worshiped Him, saying, “You are certainly God’s Son!”

As long as Peter kept his eyes on Jesus, he walked on water. When he SAW the winds and became afraid, he started to sink. He didn’t totally sink and drown, he just started to sink and then he called out “Lord, save me!” Immediately Jesus saved him.

And for us, as soon as we start to sink, have financial difficulties, health challenges, hurtful relationships, we need to focus on Jesus and cry out, “Lord save me!” Have faith that He will keep His promises and show us the way. We need to seek Him, listen to His direction, trust Him and obey. He immediately responds and sometimes the complete healing is immediate and sometimes it is a process as He molds us and prepares us to be whom He created us to be. Praise God!!